Interesting photo of Funakoshi Gichin thought to have been taken around 1925 at the Meisei-Juku Dojo in Tokyo. Note the sai, bo in the photograph. Note also the testus geta and Chi Ishi stone. Evidence that Funakoshi Sensei taught Kobudo and Hojo Undo as an integrated part of the system he brought from Okinawa. Both elements that have been completely lost now in modern Shotokan! 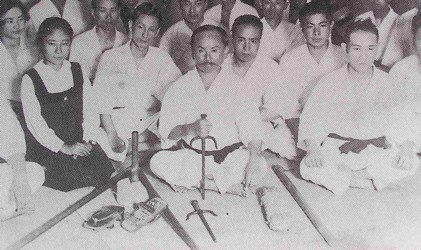